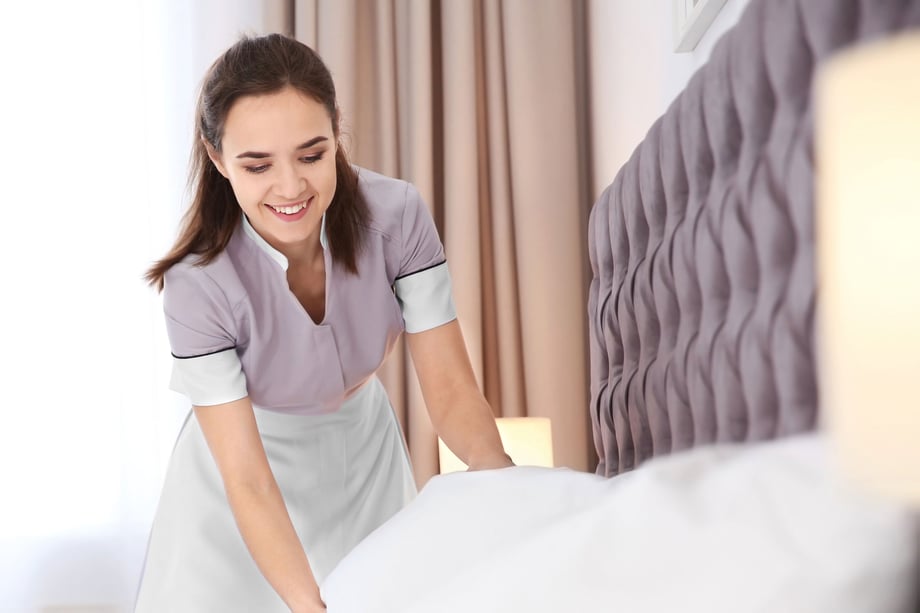 Hotels in New Jersey with 100+ rooms are now required by law to provide staff alert devices to their employees before the end of 2019. This is according to New Jersey Senate Bill 2986, which Governor Phil Murphy signed into law on June 11th, 2019. The bill itself goes into detail regarding the reasoning behind it:

“Due to the unique nature of hotel work, hotel employees are particularly vulnerable to unsafe working conditions because they often work alone in hotel guest rooms, which sometimes may be occupied. This solitary work places them at risk of assault, including sexual assault, and sexual harassment. However, some hotel employers have not adequately addressed the safety concerns of hotel employees.”

The legislation comes on the heels of the rise of the #MeToo movement, after a 51-year-old cleaner at Bally's Casino in Atlantic City was assaulted in 2018. Following the incident, Local 54, an affiliate of UNITE HERE and the largest casino workers' union in Atlantic City, became the driving force behind the push for the mandate.

According to NBC News, Governor Murphy stood with the hotel workers who raised their voices for the legislation, which was passed unanimously in both the state Senate and State Assembly.

"I am proud to sign panic button legislation to give hotel workers security and the ability to immediately call for help should they need it," Murphy said as he signed the bill, surrounded by one housekeeper from each of the nine Atlantic City casinos.

Set to take effect January 2020, the legislation affects all hotels in New Jersey with 100+ rooms. The bill also goes into further detail regarding the specifics of the devices themselves. The panic buttons, also referred to as Employee Safety Devices (ESDs), are required to be provided to each hotel employee that is assigned to work in a guest room without any other employees present - at no cost to the employee. Once the device is activated, an appropriate staff member (such as a manager or supervisor, or security officer) shall respond promptly to the location of the employee. Furthermore, the employer must also conduct an internal investigation regarding the event, keep a record of the accusations it receives, and decline to provide occupancy to the guest for at least three years, should they be convicted of a crime in connection to the incident.

Property owners are faced with several questions about the new legislature and the devices themselves. How reliable are they? How much will it cost? How challenging is it to implement?

Allbridge has partnered with TraknProtect, which won the Judge's Choice Award in this year’s Entrepreneur 20X (E20X) competition at HITEC 2019. With location-specific tracking and real-time alerts via SMS, push notifications, and desktop updates, this device is designed to be reliable. It uses Bluetooth hubs that create overlapping coverage throughout the property, so even if one is offline or broken, there is redundancy to ensure the devices still work. The device also leverages existing Wi-Fi to simplify installation, and has a low cost implementation with no extensive cabling or hardwiring.

The compliance deadline is quickly approaching, and property owners will need to put implementation plans in motion soon to ensure availability of devices and allow for property installation before the end of the year. Hotel staff, on the other hand, are relieved to see a step in the right direction.

“It's great knowing I'll be able to come home safe at the end of my shift. I can do my job without being worried." - Iris Sanchez, a housekeeper at Caesars Atlantic City Hotel & Casino